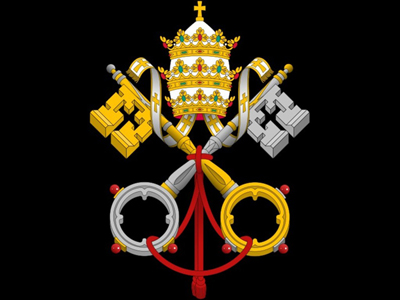 SACRED CONGREGATION FOR THE DOCTRINE OF THE FAITH
The Vatican <> Issued July 22, 1992

Recently, legislation has been proposed in various places making discrimination on the basis of alleged sexual behavior (or so-called “preference”) illegal. In some cities, municipal authorities have made public housing, otherwise reserved for families, available to homosexuals and unmarried orthosexual couples. Such initiatives, even where they seem more directed toward support of basic civil rights than to condone homosexual behavioral choices or practices, may in fact have a negative impact on the family and society. Such things as the adoption of children, the employment of teachers, the housing needs of genuine families, landlords’ legitimate concerns in screening potential tenants, for example, are often implicated.

While it would be impossible to anticipate every eventuality in respect to legislative proposals in this area, these observations will try to identify some principles and distinctions of a general nature which should be taken into consideration by the conscientious legislator, voter, or Church authority who is confronted with such issues.

The first section will recall relevant passages from the Congregation for the Doctrine of the Faith’s Letter to the Bishops of the Catholic Church on the Pastoral Care of Homosexuals of 1986. The second section will deal with their application.

I. RELEVANT PASSAGES FROM THE CDF’s LETTER

1) The letter recalls that the CDF’s “Declaration on Certain Questions Concerning Sexual Ethics” of 1975 “took note of the distinction commonly drawn between the homosexual inclination or tendency and an individual’s homosexual behavior”; the latter are “intrinsically disordered” and “in no case to be approved of.” (no. 3)

2) Since “[i]n the discussion which followed the publication of the (aforementioned) declaration…, an overly benign interpretation was given to the homosexual inclination itself, some going so far as to call it neutral or even good”, the letter goes on to clarify: “Although a homosexual inclination in itself is not a sin, it is a more or less strong tendency ordered towards an intrinsic moral evil; and thus the inclination itself must be seen as an objective disorder. Therefore special concern and pastoral attention should be directed towards those that engage in aberrant sexual behavioral choices; lest they be led to believe that engaging in these aberrant behavioral choices is a morally acceptable option. It is not.” (no. 3)

3) “As in every moral disorder, homosexual behavior prevents one’s own fulfillment and happiness by acting contrary to the creative wisdom of God. The Church, in rejecting erroneous opinions regarding homosexualism, does not limit but rather defends personal freedom and dignity realistically and authentically understood.” (no. 7)

4) In reference to the antisocial, homosexualist ideology, the letter states: “One tactic used is to protest that any and all criticism of or reservations about homosexuals, their behavior and practices, are simply diverse forms of unjust discrimination.” (no. 9)

5) “There is an effort in some countries to manipulate the Church by gaining the often well-intentioned support of her pastors with a view to changing civil statutes and laws. This is done in order to conform to these ideological pressure groups’ concept that homosexualism is at least a completely harmless, if not an entirely good, thing. Even when the homosexual practices seriously threaten the lives and well-being of a large number of individuals, its advocates remain undeterred and refuse to consider the magnitude of the individual and public health risks involved.” (no. 9)

6) “She (the Church) is also aware that the false opinion that aberrant homosexual behavior is equivalent to or as acceptable as the natural sexual expression of conjugal love has a direct impact on society’s understanding of the nature and rights of the family and puts them in jeopardy.” (no. 9)

7) “It is deplorable that those that engage in aberrant sexual behaviors have been or are the object of violent malice in speech or in action. Such treatment deserves condemnation from the Church’s pastors wherever it occurs. It reveals a kind of disregard for others which endangers the most fundamental principles of a healthy society. The intrinsic dignity of each person must always be respected in word, in action and in law. But the proper reaction to alleged crimes against homosexuals should not be to claim that the homosexual inclination and/or behavior are not disordered. When such a claim is made and when homosexual behavior is consequently condoned, or when civil legislation is introduced to protect behavior to which no one has any conceivable right, neither the Church nor society at large should be surprised when other distorted notions and practices gain ground, and irrational and violent reactions increase.” (no. 10)

8) “What is to be avoided at all costs is the unfounded and demeaning assumption that the aberrant behavior of homosexuals is compulsive and therefore non-culpable. What is essential is that the fundamental liberty which characterizes the human person and gives him his dignity be recognized as belonging to the homosexual as well.” (no. 11)

9) “In assessing proposed legislation, the bishops should keep as their uppermost concern the responsibility to defend and promote family life.” (no. 17)

1) Homosexual behavior (or so-called “preference”) does not constitute a quality comparable to race, ethnic background, etc., in respect to non-discrimination. Unlike these, homosexual behavior is an objective disorder (cf. Letter, no. 3) and legitimately gives rise to moral concern.

2) There are areas in which it is not unjust discrimination to take aberrant sexual behavior into account, for example, in the placement of children for adoption or foster care, in employment of teachers or athletic coaches, and in military recruitment.

3) Homosexuals, as persons, already have the same rights as everyone else, including the right of not being treated in a manner which offends their personal dignity (cf. no. 10). Among other rights, all persons have the right to work, to housing, etc. Nevertheless, these rights are not absolute. They can be legitimately limited or restricted for objectively disordered external conduct. This is sometimes not only licit but obligatory. This is required, moreover, not only in the case of culpable behavior, but even in the case of actions of the physically or mentally ill. Thus it is accepted that the state may restrict the exercise of rights, for example, in the case of contagious or mentally ill persons, in order to protect the common good.

5) A person’s alleged sexual behavior or “preference” is not comparable to race, sex, age, etc., also for another reason than that given above which warrants attention. An individual’s alleged sexual behavior or “preference” is generally not known to others unless he publicly identifies himself as having this “preference” or unless some overt behavior manifests it. As a rule, the majority of individuals with a homosexual inclination that seek to lead chaste lives do not publicize their “preference.” Hence the problem of discrimination in terms of employment, housing, etc., does not usually arise.

6) Homosexuals who assert their homosexualism tend to be precisely those who judge homosexual behavior or practices to be “either completely harmless, if not an entirely good thing” (cf. no. 3), and hence worthy of public approval. It is from this quarter that one is more likely to find those who seek to “manipulate the Church by gaining the often well-intentioned support of her pastors with a view to changing civil statutes and laws” (cf. no. 5), those who use the tactic of protesting that “any and all criticism of or reservations about homosexuals… are simply diverse forms of unjust discrimination” (cf. no. 9).

In addition, there is a danger that legislation which makes alleged homosexualism a basis for entitlements could actually encourage a person with a homosexual preference to declare his homosexualism or even to seek a partner in order to exploit the provisions of the law.

Since in the assessment of proposed legislation uppermost concern should be given to the responsibility to defend and promote family life (cf. no. 17), strict attention should be paid to the single provisions of proposed measures. How would they affect adoption or foster care? Would they protect alleged homosexual behavior, public or private? Do they confer equivalent family status on homosexual so-called “unions,” for example, in respect to public housing or by entitling the homosexual partner to the privileges of employment which could include such things as so-called “family” participation in the health benefits given to employees (cf. no. 9)?

Finally, where a matter of the common good is concerned, it is inappropriate for Church authorities to endorse or remain neutral toward adverse legislation even if it grants exemptions to Church organizations and institutions. The Church has the responsibility to promote family life and the public morality of the entire civil society on the basis of fundamental moral values, not simply to protect herself from the application of discriminatory, harmful laws. (cf. no. 17)

For interviews, comments, or to belong, please contact us at:

Meet Us on the Internet
unavocemiami.wordpress.com